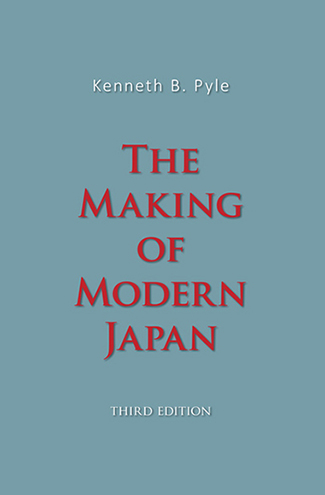 The Making of Modern Japan

by Kenneth B. Pyle

Analyzing the dynamics of historical change, this concise and readable text discusses the major forces in Japan's development from 1600 to the present day, including samurai officialdom, industrialization, militarism, and social values. The focus is not on political details but rather on the dynamics of historical change. Kenneth B, Pyle presents a broad sweeping narrative of Japan's development from a fragmented, agrarian society at the end of the 16th century to today's powerful member of the international community.

Kenneth B. Pyle is Professor Emeritus of History and International Studies at the University of Washington. He is the is Founding President of The National Bureau of Asian Research (NBR), a nonpartisan, nonprofit think tank, and serves on the organization's Board of Directors. In 2008 he received the Japan Foundation's Special Prize in Japanese Studies