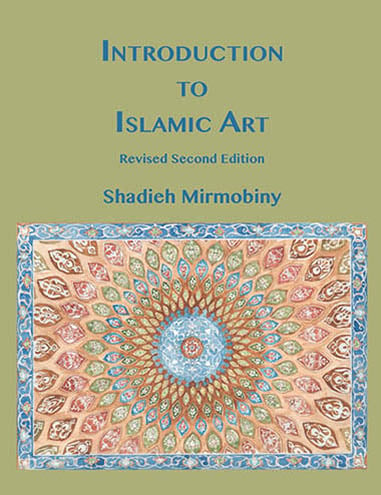 This introduction to Islamic art and architecture reveals the essential history, culture, and religious philosophy from pre-Islamic foundations through modernity. The easily approachable text contextualizes all major art forms in the contemporary events, beliefs, and cultural developments. While providing an understanding of religious doctrine, its interpretations, and its influence on the arts, the book encourages critical thinking by introducing analytic issues, for example, defining the problematic term Islamic.

Scholar and artist Shadieh Mirmobiny engages readers with the scientific achievements, cultural exchanges, and religious doctrines that shaped Islamic art. The result of five years of research and teaching, Introduction to Islamic Art presents Islam's rich influences in art worked through all materials, art, and architecture, both sacred and secular. Islam's message brought many cultures together, helped enable patrons to sponsor art, and influenced art around the world.

Highlights of the text include a study of mysticism, its pre-Islamic history in the Middle East, and understanding it as an alternative perspective in Islam. The important role of women in Islamic art is also explored. Readers see how Islam's wide-ranging interactions with both Western and Far-Eastern civilizations shaped all arts and crafts, from the literary arts to glazed tiles, calligraphy, and painting. The West's reaction to Islamic art is examined with the theory of Orientalism, and the theory's application is demonstrated in the study of nineteenth-century European painting. Later, modernized influences from North Africa, Russia, and America are revealed in twentieth-century Islamic sacred architecture. And similarly, throughout modern history, European and American art has been enriched by Islamic influence.

The survey concludes with the present status of Islamic art, including art in Diaspora. Appropriate for art history, history, and various humanities, Introduction to Islamic Art stimulates interest, furthers scholarly research in Islamic art, and encourages critical thinking. The well organized and highly readable chapters provide a complete survey to a broad audience.