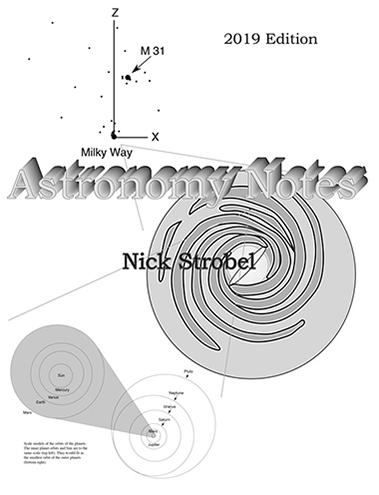 This introductory astronomy textbook was initially written for a course at Bakersfield College, a community college in southern California. As a one-semester general education class it was primarily intended for non-science majors, so this textbook has applicability for anyone interested in an introduction to astronomy, in addition to students taking that particular Bakersfield College class. A general education science course gives a survey of a particular field of science with the main goal of showing how science works. Therefore, this textbook covers just the primary concepts at a basic level with a minimum of mathematics. The book focuses on how astronomers figure out how the universe and its numerous parts work. The author strives to show the readers the thinking process behind the scientific discoveries. Astronomy is the oldest of the sciences and it provides a fascinating way to show the process of science to non-scientists.

The textbook will probably present a new way of thinking and viewing the world to the non-science major, which is a main goal of a college general education science course. The text draws connections between different parts of astronomy to show how one process of understanding or technique of measurement is used in a variety of seemingly very different areas of astronomy. If, after studying this textbook, the reader has an understanding of the scientific method and is able to take a recent news item about something in astronomy and see how it connects with other parts of astronomy, then the author will consider the textbook a success.

The main content is in the central 5-inch wide block of text on the pages. The text uses the remaining outermost 3-inches of the page for brief notes pointers to the first usage of vocabulary terms, to the introduction of a particular concept, or to a particularly important point. You are encouraged to make additional notes in the margins that will help you understand the material such as brief summaries, marks flagging a topic that you need clarification, or whatever else your heart desires! This hardcopy version of Astronomy Notes has black-and-white versions of the illustrations. The nice color photographs and animations are found in the web version of the textbook. The text website's URL www astronomynotes com.